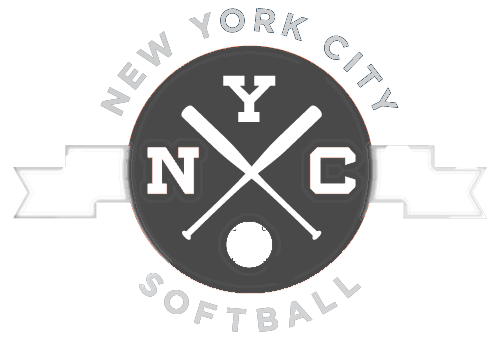 PLAYER ELIGIBILITY AND ROSTER: All players participating at any point during the season need to be added to the online roster and accept the league waiver prior to their first game. Any team with players that have not accepted the waiver are subject to forfeit and/or removal from the league.

A team fee covers up to 16 players. There is no cap on roster size, but a huge roster will obviously cut into playing time.

INCLEMENT WEATHER: In the event of rain or pending rain we will attempt to notify teams as soon as possible of any delays or cancellations, two hours prior to game time when possible.

However, we won’t cancel games until it becomes necessary to do so, rain in the forecast is not a guarantee of rain. Assume games are on as scheduled until you receive a cancelation notice from the league.

Central Park field closures are controlled by the NYC Parks Department. If they close their fields, games are canceled. We will personally assess all other fields in the event of rain, make a determination on field conditions, and work to make fields playable when possible.

In the event we experience multiple rainouts in a season (three or more in most cases) the league may need to reduce the number of games teams play and/or push back the season beyond the original league dates. We will do everything in our power to get games played the day of or reschedule games to later in the season, but NYC Softball is NOT responsible for weather cancelations and will not issue credits or refunds for lost games.

TEAM UNIFORMS: Team shirts/jerseys should be worn when available. Sneakers or any other rubber shoes must be worn, no metal spikes.

GAME BALLS STANDARD: The F12 Clincher will be used in all league games. Home team is responsible for bringing a new game ball in designated leagues. At parks where home run balls are lost it is the responsibility of the team that hit the homerun to replace to the ball. Replacement balls do not have to be new balls. Both teams should make sure they have several practice/used balls on hand for each game.

OFFICIAL BAT – All bats should read “Official softball bat,” metal only, no wood bats. Use of an illegal bat will be issued a warning on first use, after that illegal bat use will result in an automatic out, continued use could result in ejection from the game.

PROTESTS: All protests shall be submitted in writing to the league manager no later than 48 hours after the incident.  Protest can only be registered on a rule interpretation, not on a judgment call by an official. Protests must be announced at the start of the game, or at the point of rule infraction.

GAME LENGTH: Regulation games are 6 innings. No new inning can start after 50 minutes of play.

‘Ready for Play’ – A team has at least 8 players ready to take the field for IMMEDIATE start of play.

A forfeited game shall be declared by the Home Plate Umpire if a team is not ‘ready for play’ after fifteen (15) minutes of the posted start time. If teams know that they are going to forfeit in advance they should contact the league as soon as possible.

FORFEIT PROCEDURE FOR TIME SENSITIVE LEAGUES (This rule only applies to leagues designated as time sensitive leagues by the commissioner in the league introduction email, it does not apply to all leagues) –

CONDUCT RULES: The League Office will not tolerate any abuse of an opposing players/umpires/other league staff. This includes verbal, physical, or any other acts of intimidation. Anyone violating this rule in a gross manner as deemed by the umpire is subject to ejection and anyone deemed to be a major or repeat violator will be subject to suspension for multiple games or the entire season by the League Commissioner.

If a player is ejected from the game they must leave the field of play. Any player that fails to do so in a timely manner is subject to additional suspensions and the team is subject to forfeiture of the game.

Any player who strikes at or spits on an umpire will be suspended for the balance of the season and permanently banned from the league.

GROUND RULES: The umpire will determine the ground rules prior to the start of the game. Our league plays at multiple fields all over NYC. We will try to have grounds rules that are as uniform as possible, but each field is different and ground rules will be laid out for each playing field. Ground rules might also include HR limits at certain parks, those issues will be addressed in league emails prior to the season and by the umpire at the field.

A regulation pitch will be a slow pitch arc between 4-10 feet in height. The pitch must have a visible arc. Any pitch that has too flat an arc or is too fast, as deemed by the official, will be ruled a ball. If the batter swings at an illegal pitch, the result of the play will stand.

The strike zone is from the batters front shoulder to the back knee and can be up to a softball’s width on either side of home plate at the point the pitch crosses the plate.

Courteous Foul Rule – A batter with 2 strikes will be given 1 courteous foul, the next foul is an out.

No bunting or stealing will be permitted.

After a ball is put in play by a batter, the play is stopped when the ball is in possession of a defensive player in the infield, unless baserunners are already in motion to the next base before the ball has reached the infield. The runners advance at their own risk and can still be tagged out. If the fielder holds the ball and doesn’t attempt a throw, the base runner in motion may only advance to the next base, at which point the umpire will call time, stopping the play.

Infield fly rule is in effect if there are less than 2 outs and runners are on first and second.

All players at the field must be in the batting order. Each batter must play at least 1 inning in the field. You many have up to 10 players in the field. Players may be subbed in and out of the field without leaving the game or lineup.

Required number of women in the field and batting order.

You must bat at least one woman within the first 4 batters in your lineup. There are no other regulation on where women are placed in the lineup.

1. All Players present must be in the batting order and bat in that order each time through the lineup.

2. If you don’t have three women present, this is our policy:

0 Women – You take TWO automatic outs, one at the end of the line up, the second out can be placed at the end or anywhere in the line up but must stay in the same order throughout the game. You may play SEVEN in the field and one male player is required to play catcher. You must still have 8 players to start.

1 Woman – You take TWO automatic outs, one at the end of the line up, the second out can be placed at the end or anywhere in the line up, but must stay in the same order throughout the game. You may play EIGHT in the field and one male player is required to play catcher.

2 Women – You take ONE automatic out at the end of your lineup. You may play NINE in the field and one male player is required to play catcher

1 Woman – You take ONE automatic outs at the end of your lineup. You may play NINE in the field and one male player is required to play catcher

0 Women – You take TWO automatic outs, one at the end of the line up, the second out can be placed at the end or anywhere in the line up but must stay in the same order throughout the game. You may play EIGHT in the field and one male player is required to play catcher.

TAGGING UP ON FLY BALLS: After lead, if the ball beats the runner to the base, you are out. Base runners may advance at their own risk from any base, provided they tag up first.

THROWN/HIT BALLS OUT OF PLAY: Balls hit or thrown out of play according to ground rules are dead balls. On dead balls runners will advance one additional base past the last base possessed.

CHOPPING: Not allowed. If ruled intentional by the umpire the batter will be ruled out.

MERCY RULE: If a team is winning by 10 or more runs at the end of the 5th inning, the game is ended. The home team still bats in the 6th inning if a the away team takes a 10 run lead during the top of the top half of the 6th inning.

PINCH RUNNERS are not allowed except in case of injury.

NO ALCOHOLIC BEVERAGES OR DRUGS: No warning – Player or players ejected from game.

OFFICIAL GAME:  A game is deemed official after 3-1/2 innings or four (4) if the home team is behind. Games will be rescheduled and completed to the full 6 innings when possible.